Walking across any of BBRO’s variety trials provides a visible reminder of the diversity of the different variety growth habits we have on the RL. This is particularly evident in the BBRO strip trials where all the RL varieties are grown in adjacent strips; something you don’t often see in your fields of just one or two varieties. In this article we answer some of the frequently asked questions about variety canopy growth characteristics.

Are differences in leaf colour significant?

One of the most obvious differences is leaf colour which range from dark green to pale green across varieties. However, we don’t believe this has a major agronomic effect, likely being just a consequence of different genetics. Bear in mind that we have measured similar yield and sugar performance of varieties with different canopy colours in the RL trials. We know that canopy colour is affected by factors such as drought, soil compaction, nutrients, and pest & disease, but in healthy crops the difference in colour between varieties is rarely significant. 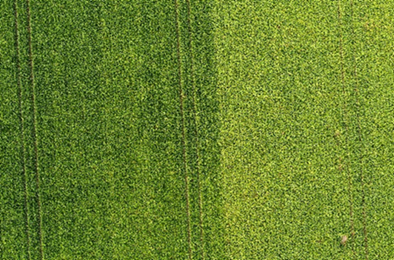 Fig 1. Be wary of judging a variety by its colour: A healthy field with two varieties of contrasting colours but similar yields.

What about canopy height, vigour, and growth habit?

Other canopy characteristics such as height, canopy growth habit (upright or spreading prostrate),canopy vigour (number of petioles, leaf size, and senescence of leaves) also differ between varieties and are considered to have more significance. Examples of the range of canopy growth characters are highlighted by the photographs below.

Fig 2. The range of different growth habits. Characteristics include the number, length (height) and angle of petioles (leaf stalks) as well as leaf size and the extent of lower leaf senescence.

BBRO has been measuring canopy characteristics in our strip trials and the 2022 RL varieties are summarised above. This is based on replicate measurements made in August on varieties grown on four BBRO demonstration farms of contrasting soil types. However, it is important to appreciate that both the season and soil type can influence the growth characteristics.

In general, weather patterns that encourage early rapid growth tend to mask differences between growth habits. Additionally, canopy characteristics are altered when late summer drought or severe disease infection affects the canopy. The resultant leaf regrowth tends to be more rosette-like and the leaves smaller and upright. The extent of regrowth between different varieties can vary, but we have no definitive data on this yet.

Soil type can also influence variety growth habits. On deep and fertile soils especially silts and organic soils, canopies are more vigorous, taller, and upright than those on thinner and less fertile soils. 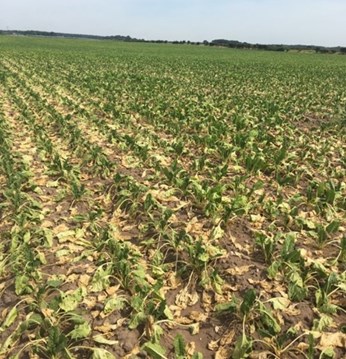 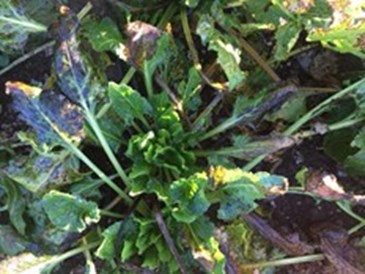 We get lots of questions about the different growth habits, especially how we could exploit differences in growth habits to agronomic advantage. Here are few of the most frequently asked questions and answers.

We have not explored this in detail, but it is well documented that aphids are attracted to colour contrast. It is likely that at the time of year when aphids arrive in crops that the canopies are still relatively young and the difference in growth habit will have less of an effect than the actual state of plant development which will be determined by planting date, soil, and weather conditions.

This is a good question, especially with diseases such as cercospora that are linked to high humidity and leaf wetness. The answer is that there is likely to be an effect, but a relatively small effect compared to other factors. There is no current clear relationship in our strip trials between canopy characteristics and susceptibility to cercospora.

This is a relationship which is currently being addressed by a BBRO-sponsored PhD with Lucy Tillier at Nottingham University. The simplified hypothesis is illustrated below, suggesting that the angle of leaves may influence light interception. The project will explore whether the agronomy of crops such as row spacing, and seed rate may need adjustment according to growth habit. However, there are no current recommendations related to this. 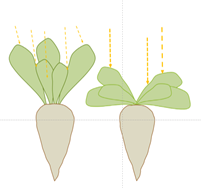 Fig 4.  Light interception by upright and prostrate canopies. Field with a central strip of a variety with contrasting prostrate growth habit.

This is something BBRO suggests is a useful selection criterion. A more upright canopy may be more effective at intercepting light in the autumn when the sun is much lower in the sky and many of the varieties that show good autumn yield potential have upright growing habits. Hopefully, Lucy’s on-going work may help with understanding this further.

BBRO has been looking at this and the data indicates that in the absence of significant foliar disease, those varieties with more vigorous canopies (also with lower levels of leaf senescence) produce more yield and sugar content between September and December. There is of course an important interaction with foliar disease in autumn yield production so selecting varieties with low disease susceptibility and maintaining fungicide protection is also key to unlocking this yield potential.

Growth habit may not be too critical but having a variety with a strongly growing vigorous canopy and good crop cover will help protect roots from severe frost.

Potentially yes, but in our strip trials we have not recorded a large variation in crown height across different varieties but it something we keep an eye on. Other factors such soil condition and weather patterns have a more significant effect.

On average, beet tops contain 100kg N/ha but a proportion of this will be lost or unavailable to the following crop. There are scientific reports that show more nitrogen will be available from crops with greener and more vigorous tops. With the current soaring prices for nitrogen fertiliser this is a consideration, not just for variety choice but also for protecting canopies effectively with fungicides.

We believe that this level of detail will put you in a better position to exploit the best performance out of varieties. A close-up photo of plants as they near full canopy is a useful record, especially if you link this to performance such as resilience to stress, foliar disease, root yield and sugar levels. We estimate that having the right variety in the right field at the right harvest date can deliver an additional +10-20% of yield. 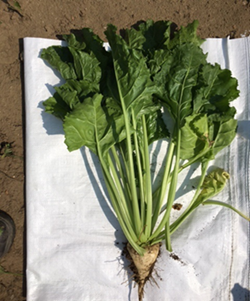 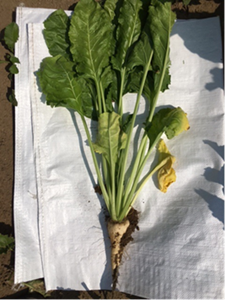 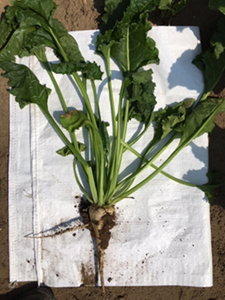 Fig 5.  Differences in canopy growth characteristics can be exploited for better yields.

Join Dr Simon Bowen below for a tour of the 2022 varieties.

Share on
BBRO is a not for profit making company.
We are set up jointly by British Sugar plc and the National Farmers' Union.